In the 1980s, the World Wrestling Federation (WWF) was at its peak as a driving force in the multimillion dollar sports entertainment business. Stars of the WWF became household names, even with folks who didn’t follow wrestling…names like Hulk Hogan, Andre the Giant, and Randy “The Macho Man” Savage were as well-known as anyone from Hollywood.

One of those stars was Jim Morris, aka Hillbilly Jim, from Bowling Green, Kentucky. Billed as a country mountain hick from Mudlick, Hillbilly Jim burst upon the WWF scene in 1984. With a toothy smile, baby face and big blue eyes sitting on top of his 6-foot-7-inch 300 lb. frame, complete with a scraggly beard, bib overalls and slouch hat to match, Jim’s outgoing personality and natural showmanship were a big hit with the fans.

Growing up poor in central Kentucky, Jim had more in common with Motown than mountain men, but his street-wise savvy and an intense work ethic kept him out of trouble in his youth, and later helped him succeed as a star high school basketball player and, following high school, a champion weightlifter.

Hillbilly Jim – The Incredible Story of a Wrestling Superstar is the true story of Hillbilly Jim Morris, from his humble beginnings in Bowling Green, KY to his glory days as one of the most loveable characters in the WWF, and on to his current gig as the host of Hillbilly Jim’s Moonshine Matinee on Sirius Satellite Radio.

Just Announced: Hillbilly Jim to be inducted into WWE Hall Of Fame at Wrestlemania 2018 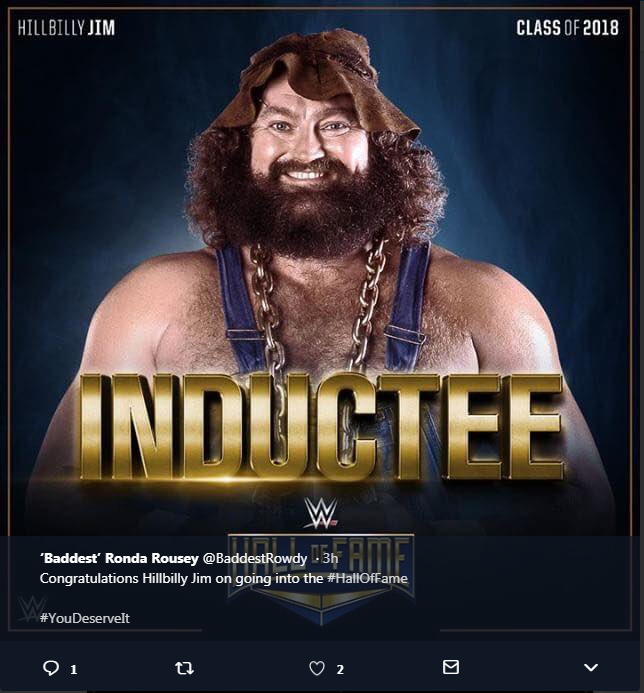 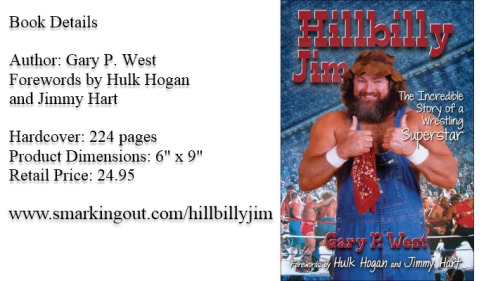 *NEW* For those who would like an Autographed and Personalized copy of my book .. order from my friends at SmarkingOut.com

I’m not much on computers, folks .. this page is set up by my good buddies at the Kentucky Blues Society.  All my pictures, my whole life story is in my book, appreciate it if you’d buy a copy.  I say all I got to say every week on my SiriusXM Radio Show .. check it out.

If you want to book me for a good payin’ gig .. or just send me money for no reason .. email kyblues@gmail.com .  They’ll get your info to me .. and I’ll get back to you. Appreciate you thinking of me ..